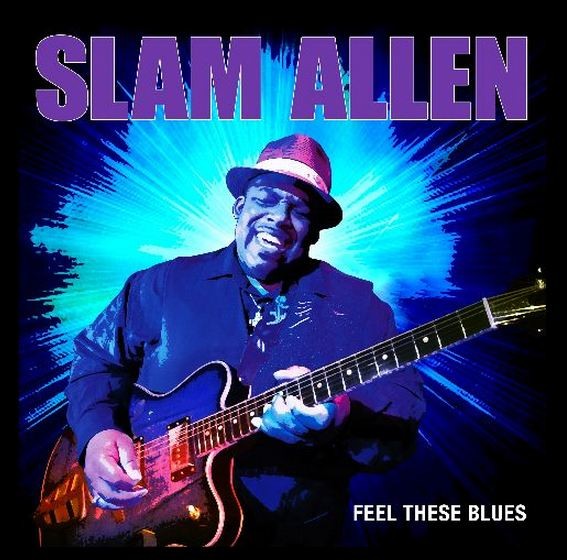 For over 20 years, Slam Allen has been entertaining audiences with his unique blend of soul and blues. Playing the famous Chitlin' Circuit as well as performing around the world, Allen's music and enthusiasm has been shared with thousands of people.

For eight years he has played an important role, as the lead singer and guitarist, in the legendary James Cotton Band. "It's one of the highlights and privileges of my life to play with Cotton" says Allen, "He is one of the last living legends, and there's so much history there.

Cotton was directly connected to Muddy Waters -- who was a major factor in the blues world as well as being one of my all time favorites. Playing with Cotton is such a great experience for me and there are things you can learn from him that you can't learn from any school. It's a great honor."

Music is in Allen's blood -- he got his start from his father and uncles who were known as the Allen Brothers Band. Allen carries on the family legacy wherever he goes. His music runs deep. "When I play," says Allen, "People who may have never heard of me leave the show with a feeling that we're old friends or family."

From B.B. King to Otis Redding, Slam has a way of making you feel the Soul of the Music. It's often difficult to tell if he's doing one of his originals or an old blues or soul cover. Regardless, he makes all the music his own.