Award-Winning Singer-Songwriter Donna Hughes has written over 500 songs during her impressive career. She has albums produced by Tony Rice  (Gaining Wisdom) and J.D. Crowe  (Hellos, Goodbyes & Butterflies) both on the Rounder Records label.  Her original songs have been recorded by numerous artists through the years including “My Poor Old Heart” was recorded by Alison Krauss & Union Station and performed during the CMA Awards Show in 2005.

Numerous other artists have recorded Donna’s original songs such as:  The Seldom Scene, (“Sad Old Train” from the album “Scenechronized”),  Kati Penn, (“Never Gonna Change” from the album “My Turn To Cry”), Nu Blu (“Nights” from their album “Nights”), Darren Beachley (“Scattered To The Wind” from his album “I Love You To The Moon & Back”), and The Snyder Family Band (“Little Bluebird” from their “Comin’ On Strong” album).

“Whatever moves me, moves me to write,” explains award-winning singer-songwriter  and multi-instrumentalist. For Hughes, songwriting is an all-consuming endeavor, encompassing all that goes on around her. “My songs are always about something I have seen, done, or felt – or something that I saw someone else do or go through. There is always truth to every song I write, even if it isn’t my truth.”

In 2014, Donna embarked on her biggest endeavor yet by producing and releasing not one, but two new albums in 2014.  From the Heart is her bluegrass album and includes 19 original songs plus two cover songs.  The album includes the talents of Scott Vestal (Banjo), Tim Stafford (Lead Guitar), Rob Ickes (Reso Guitar), Jenee Fleenor (Fiddle), Cory Piatt (Fiddle), Zak McLamb (Bass) and Lucas White (Rhythm Guitar). 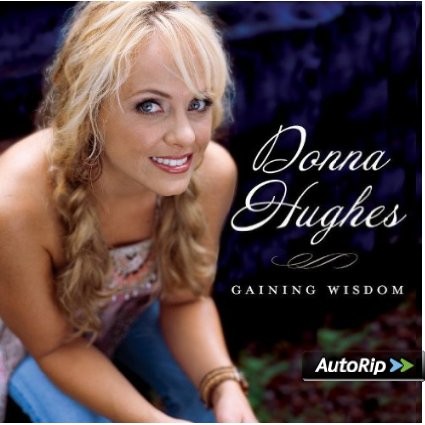