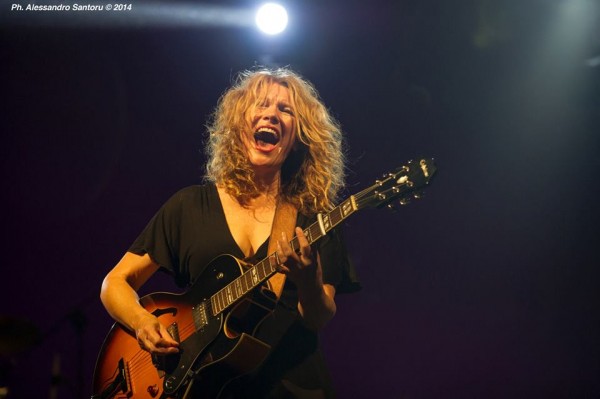 Going your own way means living with without the certainty of safe choices, until you get where you’ve been going. It’s been a long and crooked road, but with her transformative new release, I’m Changing,

Lisa Mills has gotten there.

Mills’ 2010 album, Tempered in Fire, won her an enviable degree of success: Growing fan bases on both sides of the Atlantic Ocean, and critical acclaim from observers in the United States and the United Kingdom. Graham Rhodes, writing for U.K. music site Blues in the Northwest, described her as “a full-throated female Otis Redding, with some Muscle Shoals soul and Nashville country touches for good measure.” A Nashville Blues Society review praised her “unique vocal ability to make one feel the good times and bad times in every song,” comparing her to Lucinda Williams.

The next step was obvious: Give ‘em more of the same. Take a safe half-step forward. Put out some fresh songs, and stick to the proven recipe. But Mills decided that the way to advance was to take a step back and reconsider the past. Specifically, to melt down her 2005 album, I’m Changing, and recast it as a more pure expression of her artistic desires and capabilities.

Was this a crazy thing to do? Two facts suggest that it was not. Firstly, her fans backed an ambitious Kickstarter drive for the project, pledging more than $30,000. Secondly, Mills put the project in the hands of groundbreaking producer Trina Shoemaker. Shoemaker is the first woman to win the Grammy Award for album engineering; in fact, she’s shared in three for her work on albums by Sheryl Crow and Steven Curtis Chapman. She’s worked on albums or singles by Beth Nielsen Chapman, the Dixie Chicks, Andrew Duhon, Dylan LeBlanc, the Indigo Girls and other artists of note.

The results, on the re-recorded, re-engineered, reconsidered I’m Changing, are explosive.

Mills is a Mississippi native who resides in Mobile, Alabama. The Gulf Coast is a region where Southern musical influences that easily can be taken for granted come together in ways that can’t. Yes, Mills often sings the blues – but to call her a blues singer would be to miss the point entirely. Her blues influences aren’t always the ones would expect, including a healthy measure of country blues, a sadly neglected genre. She can sing straight-up gospel, as she does in daringly a cappella fashion on “Tell Me.” She has toured with Big Brother & The Holding Company, singing the songs of one of rock’s most revered female vocalists, and her understanding of Janis Joplin’s gifts is far more insightful than the superficial norm. Just listen to the fragile balance of vulnerability and indomitability she brings to “Better Than This.”

The project was a major undertaking that brought back together almost all the musicians involved in the original 2005 recording sessions and added John Milham on drums. The returning players included U.K. bassist Ian Jennings; the plane ticket was worth it just for the blend of his upright bass and Corky Hughes’ resonator slide work on “Wish I Was in Heaven.”

You can call Lisa Mills a blues singer, or a gospel singer, or a torch singer or an R&B singer and not be wrong. But with Mills, none of those labels are true in the way you expect. Listen to “I Don’t Want To Be Happy,” when she sings: “Act a fool/ it’s all I ever do/ take each lie you make and believe it to be true/ and I kneel at the altar in the church of the painful truth/ I don’t want to be happy/ I just want to be with you.” Listen to the way the deceptively simple arrangement surrounds the raw vocal like the setting of a jewel; hear the way Shoemaker lets it breathe. Listen to the way Mills’ vocal on the title track conveys tenderness and power at the same time. Listen to the rhythm of “Shake It” the soft beats like stalking footfalls. Listen to her deep-blues take on “Little Wing.” You’ve heard the song before, but you’ve never felt it send shivers up and down your spine like this.

Lisa Mills is changing. She’s changing the way we hear things. And nothing is going to stay the same. 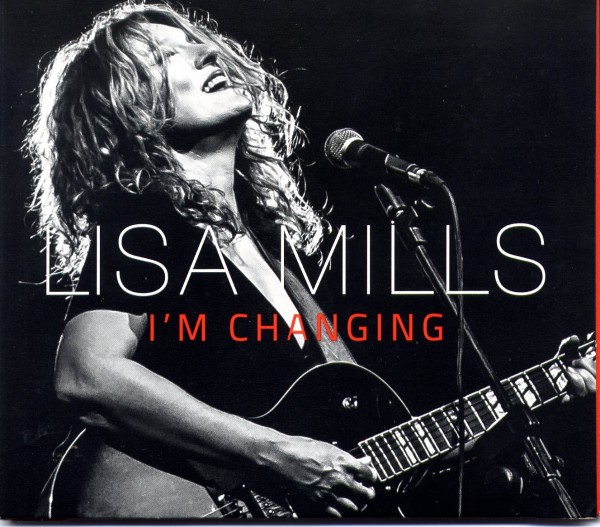