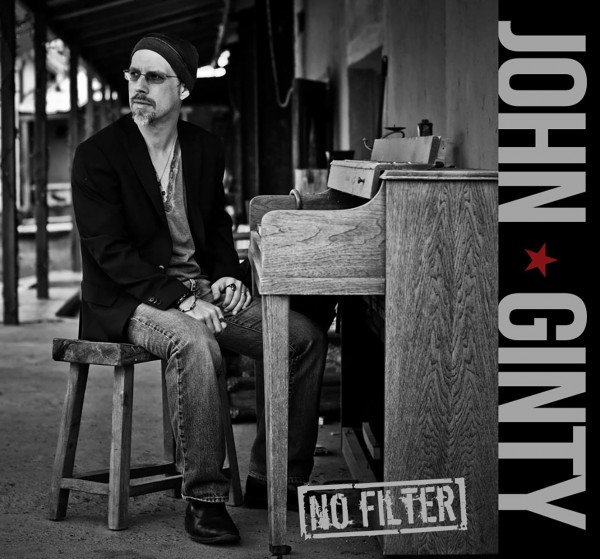 John Ginty is an American organist, keyboard player, songwriter, and producer from Morristown, NJ. He has toured and recorded with artists such as Jewel, Citizen Cope, Santana, Dixie Chicks, Matthew Sweet, Court Yard Hounds, Bad Religion, Ron Sexsmith, Charlie Mars, and he was an original founding member of Robert Randolph and the Family Band. His discography spans almost two decades and demonstrates his eclectic influences and unique sounds on the keys.

John's career started in 1996, playing organ on Neal Casal’sdebut record Fade Away Diamond Time, which was produced by famed LA producer Jim Scott. This would be the beginning of a lasting relationship with Jim that led to John playing on records by Whiskeytown, James Iha, and Hazeldine, before he was asked to join Jewel’s touring band in 1998. The following year also saw
him playing on records by Citizen Cope, Matthew Sweet, and Shannon McNally.

Pedal-steel whiz kid Robert Randolph came calling in 2000, and John helped him form The Family Band. After a year or so of touring, they released Live At the Wetlands, a live recording at the famed NYC club, recorded by Jim Scott. The band recorded a studio follow-up in 2002, again with Scott at the helm, titled Unclassified, which garnered the band two Grammy nominations, one for Best Rock Instrumental Performance and one for Best Rock Gospel Album. In that same year, The Family Band backed the legendary Blind Boys of Alabama on the Grammy winning release Higher Ground.According to People Magazine, "John Ginty's organ nicely complements the Blind Boys' vigorous jubilee-style gospel, creating a sound that will indeed take you higher."

Leaving the Family Band in 2003, Ginty soon joined forces with artist Citizen Cope and spent the better part of the next three years recording and touring with Cope. In 2006, he decided to form his own band, the New Jersey based John Ginty Band. They released a live record called Fireside Live, recorded live in Denville, NJ. It is the first recording to showcase Ginty as a bandleader, and includes guest performances by Mark Karan and J.T. Thomas. Glide Magazine said of the record, “Fireside Live is loads of fun, as if Joey DeFrancesco or Jimmy Scott traded in the more academic jazz aesthetic (but retained same chops and improvisational proclivities) to front a boozy gospel-rock outfit Ginty’s taken to calling “outlaw gospel.” Over the years, Ginty and his band have done countless live performances, and have developed a reputation as a powerful live outfit.

Ginty got together with producer Ben Elliott in 2013, and began work on his first official studio release, Bad News Travels. The record features guest performances by Warren Haynes, Martie Maguire, Neal Casal, Alecia Chakour, and Albert Castiglia, among others. It was recorded at Elliott's Showplace Studios in Dover, N.J., on the vast collection of vintage analog gear that resides there. Bad News Travels features ten songs, all written by Ginty, and was released September 12, 2013 on American Showplace Music label. The CD has garnered many favorable reviews, including one from Relix Magazine that said, "Creating a seemingly effortless blend of blues, classic rock, funk and soul, Ginty utilizes his past experience as well as numerous special guests. One minute Todd Wolfe is confidently weaving a guitar solo in the smooth 'Peanut Butter' and the next minute, vocalist Alecia Chakour is strutting about on the soulful and spunky 'Seven & The Spirit'."

In 2014, John recorded and released a live-in-the-studio CD and DVD entitled "Bad News Travels LIVE!" that captures the spirit of a live Ginty performance, in all of its unapologetic, mind-numbing intensity. The album peaked at #1 on the RMR Blues/Rock Charts in February 2015 and still gets regular airplay on Sirius/XM Radio’s Bluesville station. John has also become a contributing writer to Keyboard Magazine, periodically doing a "Lessons with John Ginty" feature. He is currently working on a new studio recording at Showplace Studios, again with Ben Elliott producing, and Ginty and his band will be touring throughout the summer of 2015.