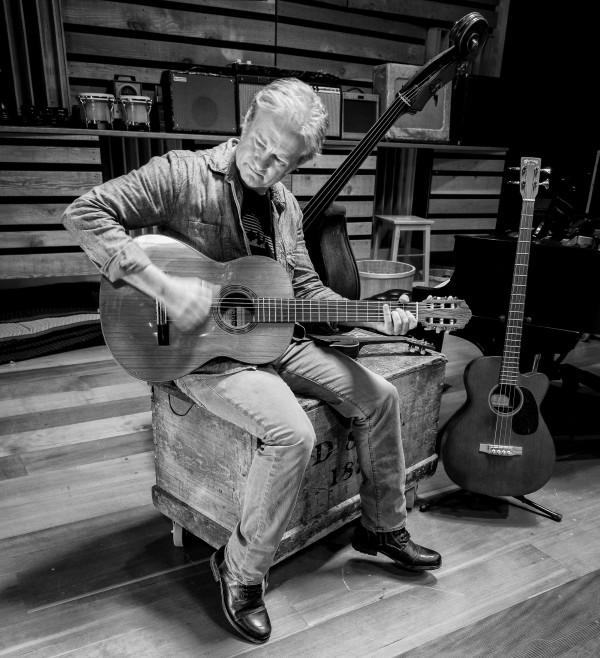 “Fathers and Sons is a strong album. 'The Beautiful Princess of Never Come True' is a sledge hammer to the heart!”

John Lester’s new album, Fathers and Sons, is a collection of his most personal and powerful work yet. Inspired by the often unspoken family relationships between men, each song messages the love, pain, tension, struggle, and questions that arise and confound these ties and bonds. From the full acceptance and embrace of a young boy’s gender fluidity in “The Beautiful Princess of Never Come True”, to the merciful attempts at reconciliation with an estranged father during his final days in “The High Road”, to the feeling of forever growing family love in “Real, Real Love”, John’s life experience as a father, husband, son, teacher, and songwriter is felt throughout each song.

John has collaborated with incredibly talented musicians from around the globe and from many phases of his career for this recording.  With John on vocals, acoustic basses, guitars, and ukulele, the core band is rounded out by his long-time European touring partner Paul Tiernan on acoustic guitars and background vocals, and New York drummer Tim Bulkley.  Grammy-nominated songwriter Gretchen Peters (background vocals) and Nashville pianist Barry Walsh guest on the opening track while other contributors include Bay Area drummer Michael Urbano, Baxter Roberston on Hammond organ, six string bassist Steve Lawson, and Grammy award-winning fretless bassist Michael Manring. John’s two sons, ages eleven and nine, also make a guest appearances on vocals.

“His trademark voice sounds like it has been crafted from silk & granite all at the same time.” - Maverick Magazine

Back in San Francisco after over a decade living in Europe and New York City, John has carved a niche touring circuit throughout the UK, Germany, France, Switzerland, The Netherlands, and the US. As a solo performer, he has created a unique show featuring his 100-year-old upright bass named Sarah (after Sarah Vaughan, for her lovely vocal-like quality). He also plays acoustic and electric bass guitars, as well as baritone steel string guitar, nylon string guitar, and ukulele, at times utilizing a loop recorder to create live tracks for his songs and improvisations.