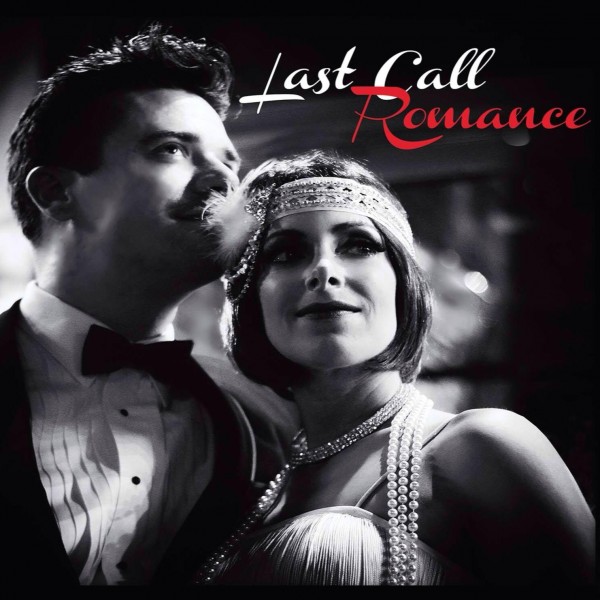 Husband and wife duo Chris and Emily Winters, originally from Colorado, joined forces to start writing and creating together almost immediately. Last Call Romance has been working and recording for just over a year and created this self-titled debut album- a unique Roots Rock blend of Blues, Country, Folk, Rockabilly, Gypsy Jazz and Ragtime.

Before meeting, both had given up on true romance. Upon finding one another, they understood this would be their last call for romance. Their songs, a collection of their life’s experiences, stories and imagery of romance, pain, heartache and frustration come out pure and heartfelt. They bring back a classic approach and honest sound to a money-driven modern world of distracted focus on superficiality.

Jocelyn Rockhold of Ultra5280 described them as "the swingiest, most energetic group of the night. While our stay was brief, the impression left by the group lasted much longer. Despite everyone’s aching feet from an already long day, Last Call Romance had just the right amount of spirit to get everyone dancing.  Last Call Romance’s complete comfortableness with each other lends itself to an environment that encourages the crowd to be wholly engaged."

Their songs are described as having "a vintage feel to it all, without a distinct era to connect it to.” -Blue Suede News Magazine.

The band has played numerous Colorado shows, traveling all over the front range including the UMS festival, the Rockabilly Expo, KRFC events and Radio Shows, Hot Rod Shows and various Summer Concert Series, the KRCC WhatIF festival in Colorado Springs, FoCoMX, CSU’s stadium opening, and the Bohemian Nights NewWest Festivals in Fort Collins. The band was also accepted to the prestigious SpokesBUZZ incubator program in 2016.

In 2018, they had the honor of playing the oldest Rockabilly festival in the U.K., the Hemsby Rock n’ Roll Weekender! Dawn Duncan, of Scene magazine wrote, "Their old-meets-new style of putting a modern twist on retro-inspired sounds and themes has made them a memorable standout in the music scene here and respected by their musician peers."

The band strives for an old-fashioned vibe that evokes a time when a catchy, energetic sound was heard on a car radio or at the dance hall. Tabitha Hernandez, of the Examiner.com﻿﻿ described their performance as, “A sound straight from days past... this band sang original hits and had the audience cutting a rug; the masses bee-bopped and jived away to the beats."