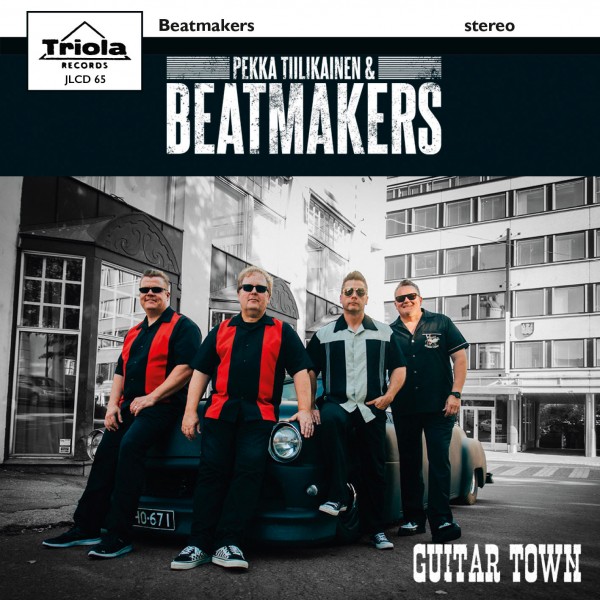 Listening to the 2020 studio album by Finland's great surf-rock band Pekka Tiilikainen & Beatmakers, is kind of like setting the wayback machine for the early 1960s. Although the back to the beach instrumental sound was in its heyday over half a century ago, the kinder, gentler sound of the twangy guitar sounds of The Ventures and The Shadows can be reexperienced again with the new Beatmakers album, simply called Guitar Town. As the band’s rhythm guitarist and namesake, Pekka Tiilikainen gets able backing from a number of players, including Juha Heinonen (lead guitar), Jori Venemies (bass guitar) and Mikko Lund (drums). A number of other players assist the core group, including fellow Finnish guitar ace Erkki Sutela and Australian guitarist / composer Martin Cilia, to name just a couple. As the follow-up to the Beatmakers double CD retrospective, A Collection Of Great Dance Songs, the 2020 CD release of Guitar Town adds fresh insights into the genre's 21st century sound and as such, will intrigue fans of the still-growing, world-wide, instrumental surf-guitar scene.