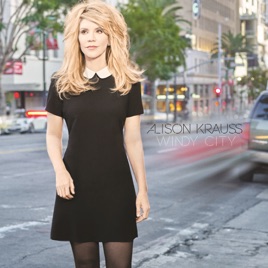 Alison Krauss’ first solo album since 1999 is a trip back to 50s and 60s style country and, no surprise, is beautifully rendered by one of the most recognizable voices in music. Produced by Buddy Cannon, notable for his work with Willie Nelson, Dolly Parton, George Jones and many more, the ten song collection features familiar and not familiar tunes. The Grammy winner’s (a record 27 times) take on All Alone Am I, a Brenda Lee classic from the rock and roll era, is more than impressive and the classic You Don’t Know Me rivals the Ray Charles version.  The obscure Willie Nelson authored I Never Cared For You is a delight and the equally obscure River In the Rain, penned by Roger Miller is as much of a treat. The supporting musicians include Matt Rollings on piano, Jim Horn on saxophone and Kenny Malone on percussion.  The surprise here is that Krauss’ award winning fiddle is only heard on one song. Will this be a Grammy winner? Expect it. Recommended songs: Losing You, It’s Goodbye and So Long to You, I Never Cared For You and You Don’t Know Me.