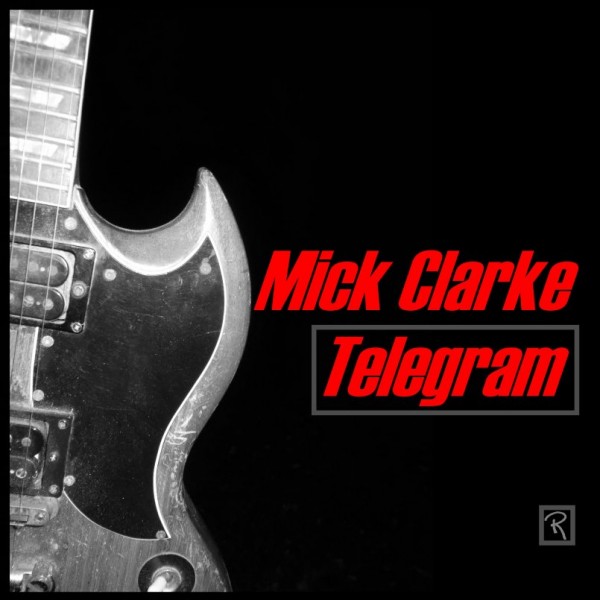 In 2022 British Blues Guitarist Mick Clarke presents his new album "Telegram". The album is released on Friday 16th September and is available from all digital outlets.

Since the early 80s Mick and his band have toured regularly in Europe, Asia and the USA - praised for his fiery "straight from the wood" guitar sound, Mick is the winner of the Artist Aloud Awards "Best International Act". Recent tours have included Italy, India, Bosnia and an appearance at Sweden Rock Festival in June 2018.
Mick began his career with KILLING FLOOR part of the British blues boom of the late 1960s. The band backed Texas blues guitar star Freddie King and toured with legends Howlin' Wolf, Otis Spann and Arthur "Big Boy" Crudup. Two albums were released - the first, "Killing Floor" is one of Classic Rock Magazines "20 greatest British blues albums 1967-1970". In 2003 Killing Floor reformed for recording and tour projects, and recent live work has included several European blues and rock festivals.
In the mid 70s Mick co-formed SALT with British singer Stevie Smith, a powerful blues-rock act who were a big hit in the UK playing regularly at London's Marquee Club and other top venues. The band played at the Reading Festival and also opened for Muddy Waters at his first major London concert. In 1978 the band morphed into RAMROD with ex Rory Gallagher Band members Lou Martin and Rod De'Ath, touring in Ireland and again playing extensively in London, opening for Muddy at his Rainbow Theatre concert.
THE MICK CLARKE BAND originally started working around the London area in the early 80s, but quickly received offers of work from mainland Europe and the United States. Early festival appearances such as the Belgium R&B Festival in Peer confirmed their appeal for continental audiences, while the US tours established a world wide reputation for the band.
Mick's first solo album "Looking For Trouble" came out on the Italian label "Appaloosa" in the early 80s and sold well. More albums quickly followed on Appaloosa and then the German label "Taxim" and Mick's US label "Burnside". Recent releases have been on the "Rockfold" label, recorded by Mick at his own Rockfold Studio in Surrey, England.
The Mick Clarke Band has appeared on numerous festivals with artists such as Rory Gallagher, Johnny Winter and Joe Bonamassa. Recent shows have included festival appearances in Italy, Belgium and India - the "Simply The Blues" Festivals in Mumbai and Bangalore. In July 2017 Mick appeared at the Mostar Blues & Rock Festival in Bosnia-Herzegovina. In June 2018 Mick played at Sweden Rock Festival, one of Europe's major rock events, headlined by Iron Maiden and Ozzy Osbourne.
In the U.S.A. Mick has appeared with artists such as Johnny Winter, Canned Heat, Foghat and C.J.Chenier. The Southern California Blues Society called him "One of the finest blues players to come out of England". Mick has released twenty two solo albums so far.
The band usually features Chris Sharley on drums and Eddie Masters on bass, either as a three piece or augmented with Dave Lennox on keyboards or Dangerous Dave Newman on harp.
Now 72 years old Mick continues to record and release music from his own studio. 57 years from his first gig Mick continues to rock the blues.