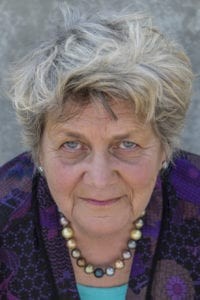 DJ for Sunday Folks
Kingston, Washington, United States
Auntmama tells stories that are topical and narrative linking her Appalachian roots to her northwest home. President of Seattle’s Storytellers Guild, emcee storyteller for Bainbridge Bluegrass and board member for Village Speaks, she can be heard on Sunday Folks.

Sep 23, 2020 - ALOHA RADIO HAWAII A Musical Journey to the Golden Age of Hawaiian Song   Rhymoi Music is thrilled to announce the release of their...
Read Full Article

Press Release:
Matt Smith Returns In 2020 With His Best Album Yet Being Human

Press Release:
The Grand Undoing Returns In 2020 With In A Vigil State

News:
MOTU brings it all back home on Blues For The Beach

May 30, 2020 - French synth legend Zanov returns in 2020 with a new concept album called "Chaos Islands" Like a sonic apparition arising from the...
Read Full Article

Apr 15, 2019 - The Apparat European tour continues. The German band with leader Sasha Ring came to Italy. On April 5th the musicians made a stop in Naples, the...
Read Full Article