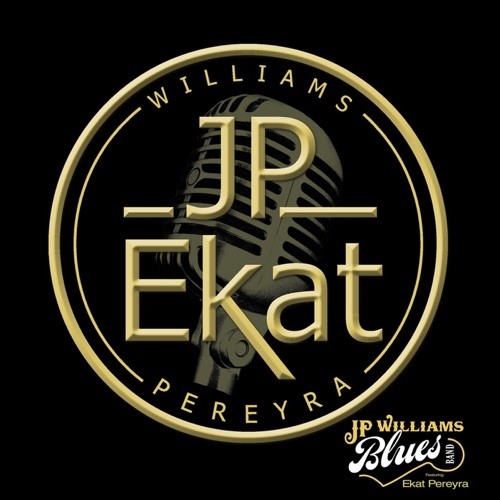 Singer-songwriter JP Williams was born in NYC. He creates music based on his love of blues, folk, rock, jazz & soul music. His lyrics are fashioned from hard times, great joys, memories of people in his life, and the experiences he has lived. Part storyteller, part troubadour, his music often leads him to unexpected places and situations.

Russian born Ekat Pereyra came to the USA as a teenager with a stunning set of vocal talents and musical abilities. Regardless of the music genres she embraces, the results are always the same, perfection! Audiences are enamored by her powerful delivery, dynamic vocals, and captivating performances on stages large and small.

JP Williams and Ekat perform with a talented, revolving crew of musicians who come together under the banner of the JP Williams Blues Band.

This successful collaboration spans three years in the making with JP Williams recording and performing with one of today’s most talented vocalists, Ekat Pereyra. She has consistently received high critical acclaim for her live performance work. As a songwriter, JP is constantly looking for the best way to present his innovative words and music and is honored to have Ekat collaborate with him in these efforts. “JP & Ekat” features the incredible fruits of their labors. It is truly exciting to listen to the results.

The music on their latest CD " JP & Ekat" reflects a wide sampling of Blues, Jazz & Folk music influences. The songs have been very well received and are already earning airplay on many syndicated, terrestrial, and internet radio stations around the world.

“Cigar Box Boogie” from JP Williams Blues Band's previous CD. “Everblue” (with Ekat Pereyra) achieved a # 1 spot on the nationally recognized Roots Music Report Top 50 Blues Song Chart (Week of May 25th, 2019) and was #4 for 2019 on the same charts. The album finished ranked #43 on the RMR Top Blues Album Chart for the same year.