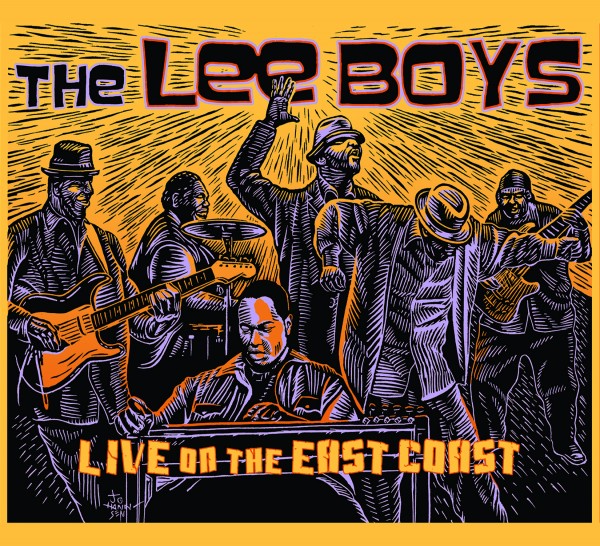 The Lee Boys, are one of America’s finest “sacred steel” ensembles, this family group consists of three brothers, Alvin Lee (guitar), Derrick Lee and Keith Lee (vocals) along with their nephews, Alvin Cordy Jr. (7-string bass), Earl Walker (drums) and Roosevelt Collier(Pedal Steel)  Chris Johnson, a young pedal steel player from Miami, has joined LeeBoys. Johnson, a huge fan of Collier’s, is making quite a name for himself and has shared the stage with Anders Osborne, Warren Haynes, Robert Randolph, Eric Gales, Campbell Brothers and more.

The band's latest,  Live On The East Coast was released on April 19 worldwide on M.C. Records. This marks the bands first release since 2012's Testify on Warren Haynes' label.

In the last decade, LeeBoys has for more than 750,000 music fans at festivals throughout the United States, Canada, Europe and Asia.  Their unique sound has attracted musical artists such as Allman Bros. Band, B.B. King, Buddy Guy, Robert Plant, Robert Randolph, Derek Trucks, Mavis Staples, Gov’t Mule, Blind Boys of Alabama, Black Crowes, John Legend and The Roots – all of whom have performed with the LeeBoys and/or invited them to tour with them. Heralded pedal steel guitarist Roosevelt Collier is often seen performing with multiple bands over the course of any given festival.

"Lee Boys may be the most energetic and expansive of the groups in the genre. They will undoubtedly move you—it’s impossible to sit still." Elmore Magazine

"Live on the East Coast will appeal to sacred steel fans, naturally, but it also stands to gain a following among those who love a good jam band. The album more than blurs the line between the sacred and the secular—it erases it altogether." Journal Of Gospel Music